“The criterion of the scientific status of a theory is its falsifiability, or refutability, or testability.” — Karl Popper

If you’ve ever been on social media, there’s no doubt you’ve come across astrological personality memes, articles regarding planetary influence or some form of vague horoscope. Most of the claims are rather general and often harmless, but others have a tendency to show an ugly bias that is based on one’s personal experience with certain signs as opposed to actual statistics. Every assumption can be made about certain sun signs or planetary aspects, including a person’s taste in entertainment, whether or not they are prone to accidents, how much they talk, or even crazy things that arouse suspicion, such as: “Geminis are more likely to lie and to cheat on you.” Holy shit! For real? I guess I’d better steer clear of those lyin’, cheatin’ Geminis, right? But wait, there’s a “study” that came out recently that ranked Sagittarius as the most likely to cheat on their partners. Then again, here’s another “study” that says Sagittarius is least likely to cheat. What is going on here? Why aren’t these astrologers coming to the same conclusions?

While astrology is really popular, and can be quite amusing as entertainment, one cannot help but wonder about their true value. Just because it’s popular doesn’t mean it’s a valid way of thinking. Is astrology truly a reliable form of science, or is it a pseudoscience? This is often one of many questions poised to astrologers, and it seems to really be a thorn in the side of their profession. Astrologers have big claims about the predictive nature of their methods, as well as what a natal chart can reveal about an individual’s personal nature. These claims, of course, are unfalsifiable, which plants a big, red flag in the astrologer’s corner. Real science provides conditions where a claim can be proven false (falsifiable), whereas astrologers leave absolutely no room for this, and instead, only seek confirmation of their claims while ignoring any evidence to the contrary. There’s no peer review, nor any evidence that planets and stars impact personal aspects of our lives. This is not how science works, but it is exactly what one would expect from pseudoscience. As Carl Sagan asserted, “Extraordinary claims requite extraordinary evidence.” So, where is the evidence?

There is no scientific basis for the notion of far away planets or constellations have any intimate influence on human lives in the way astrology claims. Many astrologers will use gravity to argue their position, since the tides are affected by the moon’s pull, and our bodies mostly consist of water. They don’t take into account that the moon’s gravitational influence only includes open bodies of water, not the enclosed water within our bodies. Astrologers will also assert that technology, communication, travel and contractual obligations are not a good idea during mercury retrograde, but they do not seem to offer a real reason other than folklore. Is this a gravitational phenomenon as well? That to me is doubtful, since Mercury retrograde is mostly an optical illusion. Despite there being no evidence to believe that retrogrades and moon phases have anything to to with our lives, these myths are still believed so fervently that every few months you will see all kind of crazy memes and articles shared about retrogrades and super moons. A new shift occurs just as soon as people get over the last, and most believers attribute them to planetary activity. One thing I always found strange personally, was that astrology does not take into account the gravitational pull of airplanes passing over those who live next to airports, or the massive ships in which those on the coasts are exposed. If gravity is truly the most influential aspect of a person’s natal chart, why aren’t the flight patterns included, or even traffic of nearby cars? These would actually have more of a gravitational impact on a person than any of the planets outside of our own.

When the validity of astrology has actually been tested, their predictions and assessments work at a rate no better than chance. Like I said before, the astrologers can’t seem to even agree on interpretation of charts they studied. If it were a truly accurate and predictive source of understanding reality, surely there would be no personal bias involved. But it turns out, it’s mostly based on intuitive feelings (*cough* cold reading *cough*) the chart reader has when gazing upon the chart positions and its many aspects. Despite this lack of evidence, astrologers all over the world still maintain they are providing a useful service, oftentimes charging lots of money in order to provide answers to people who are desperate to find romance, riches, or good fortune. The situation is really bad in India, where not only are they charged for astrological services, but also duped into buying gemstones to alter their fortune; sometimes even urged to change their names and location. 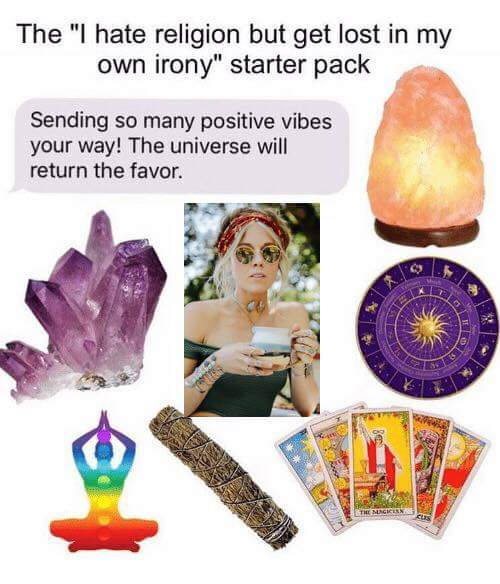 One again, confirmation bias rules supreme in the world of woo, and since astrology is so deeply connected to various lore, I would be surprised if belief in it vanished into the dark ages from which they came. The desire to assign anthropomorphic features to stellar objects seems to bring a mystifying allure that is difficult to overcome. I cannot say that it has been completely useless in our development to take such interests in the stars and planets, for it has paved the way for astronomy and physics. What I can express is the desire to know the truth about our reality, and in order to do this, I must find credible data and evidence to justify things I believe. I used to believe in astrology, so much so I dedicated large portions of my day to study natal charts and their progression. After a long standing faith in this idea, I finally decided to take apply critical analysis, and it did not hold up to scrutiny once I began thinking with more skepticism, and definitely fell apart once I understood the scientific concept of falsifiability. The conclusion I came to: astrology is a historically outdated and empirically wrong form of pseudoscience that holds no justification for belief.