Today’s article isn’t necessarily about the thing in total. Professional wrestling was something that my family enjoyed weekly and many of the people in the churches I went to enjoyed it as well. This is more about specific wrestlers that were considered Satanic and so if they came on the TV, my mother would turn the TV off. The funny thing is that while we weren’t able to watch these wrestlers if my mother was in the room, just the fact that mom didn’t want us watching them made them some of mine and my brothers favorite wrestlers growing up. 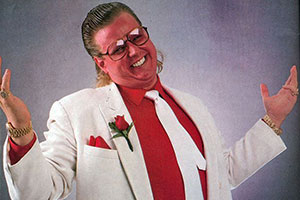 In an era where wrestling was family friendly and fun, Brother Love seemed to be a stand out character. He wasn’t really over the top so much as he was a direct parody of Jimmy Swaggart. Being raised Pentecostal, Brother Love was seen as incredibly evil. He would come to the ring with music that was of a gospel style and his catchphrase, “I Looooooooo-Veeeeee Yooooooooouuuuuu.” Played up on the way that many preachers turn the word god into a triple syllable word. Brother love did an excellent job playing the role of a 1980’s televangelist and so when his music hit, our tv went off.

Papa Shango was a voodoo priest. He would cast spells on his opponents causing them to become paralyzed and an easy victim to him. Even seeing a bad representation of voodoo was enough to turn your kids into Satan worshiping freaks so whenever Papa Shango came on the TV, it was once again turned off. The thing about this gimmick was that it was incredibly silly when you really think about it but incredibly frightening to christian parents. Charles Wright, the man who played Shango, would be a mainstay in the WWF/WWE for much of the next two decades, playing several different gimmicks. Probably most famous now for playing, “The Godfather,” however the taboo that was Papa Shango made him a favorite in my mind as a child.

Raven was a character that portrayed the loner, the guy that was intelligent and well spoken but was naturally misanthropic. I absolutely loved Raven when I was growing up and he was much of the reason why i became such a fan of ECW. The problem with Raven wasn’t so much that he was evil, but comes from the video clip below.

By crucifying the Sandman, Raven was seen as an insult to christianity and so was completely evil from that point on. I remember my mother seeing this clip and completely banning me from watching ECW. Little did she know but I still stayed up late and watched the show when it aired on the local sports channel around 3am.

Kevin Sullivan is a bit of a detour for me on this list as I initially did not like him. In fact, no other wrester in all the time I watched, scared me more than Sullivan did. Sullivan played the role of a demonic cult leader, the likes of Charles Manson, and was actually meant as a direct parody of those who were worried about the satanic scare. He was such a mean and convincing guy that I literally thought he might leap out of the screen and take my soul if I watched him. So unlike the rest, when I saw Kevin Sullivan on the TV, I would turn it off.

Later in life I grew an appreciation for Sullivan and his technical skill in the ring. Now we all know that wrestling isn’t real but it takes talent to really get the response you want from the fans. Sullivan was an absolute beast at doing this and so now I appreciate him for that. 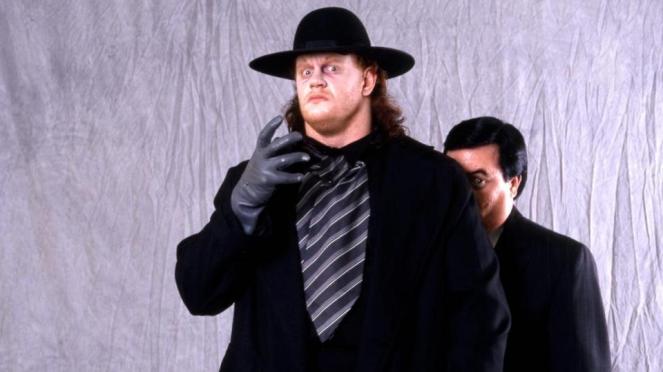 I’ll never forget watching my mother cry when she heard that my brother and I were fans of the Undertaker. At the time he was feuding with Hulk Hogan, all that was good in the world was based in Hogan’s character, so in this feud it was portrayed as Good vs Evil. However, the Undertaker was such a monster and a menacing force that you couldn’t help but love the character. My mother saw this as her children turning from the good to the bad and she prayed that we would stop liking the Undertaker. Professional Wrestling was even banned in our home for a short while because of the Undertakers growing popularity. Eventually though, we started watching again and even my mother started to enjoy watching the Undertaker, especially during his feud with Yokozuna.

I rarely watch professional wrestling anymore and if I do it is the old school variety of stuff that I have spoken about in today’s article. I still enjoy each of these wrestlers and all that they did in the ring. It seems funny to me that at one point they were so feared by the christian world and yet now are just figments of the past for a form of entertainment that has been around for a long time. Professional Wrestling still holds a dear spot in my heart, it was something my entire family enjoyed. I remember many Saturday Nights going to my grandmother’s house to watch WCW Wrestling on TBS. So I hope you have enjoyed today’s article. If you feel I missed someone who should have been included, please mention it in the comments below. Thanks!