So today marks the beginning of another recurring article that will appear on this blog, Deep Thoughts. This article is meant to be a side jog from the rest of the articles you will find here. It won’t be regarding religion, atheism, or autism but will instead deal with topics that have been on my mind recently. Some articles may involve science, psychology, philosophy, cosmology, physics, as well as a plethora of other topics that I might find interesting.

Tonight we are going to talk about sob stories. I’m not talking about your personal life story, I’m not denigrating the stories that others might have shared, what I am dealing with are those stories on social media that are written in such a way that pushes for likes and shares. These are the stories that only exist for the purpose of spreading like a virus.

So…..let’s talk about what is wrong with this video….namely murder…

Now it might come as quite a shock to you but a doctor cannot kill a human being for the purpose of organ donation. I know that might not seem fair but doctors are not generally in the murder business. However if you watch the video you will realize that between the father leaving his daughters hospital room and her waking up from surgery, the dad had to go on a long drive with the doctor, the doctor then put the father down like Old Yeller, harvested his heart, transplanted it into the daughters chest, and then booked it for the border before the police could catch him. The only reason this is shared, and it has been shared an awful lot, is because people are fucking dumb and they don’t take the time to think things through.

My next example is a little more questionable…

So we’ve all seen online numerous posts about people who lived short lives. Maybe they got cancer or had a heart issue that took their life. Of course their death isn’t really the point of the story but the real point is that they left some sort of feel good message that is meant to make you consider your blessings and enjoy your life a little bit more. Truth is once these are shared the person who shares them moves on with their life and more than likely never thinks of the random dead person that the story was built around.

Here’s the deal, we all know that life is short and even so we will live as if we have nothing but time on our hands. Reading a sob story online does not equate to you living a better life, it won’t make you consider anything nor will it make you a better person. It will simply become a share on your wall. Why? Because you have absolutely nothing vested in the person’s story that you shared. The exception being if the story is about someone you personally know that affected you in some great way.

Think about it. If you went to work on Monday and found out that a co-workers mother passed away you would probably feel bad for the co-worker. You might get them a nice card and tell them how sorry you are for their loss but you wouldn’t really give a shit about the woman who died. She’s an unknown, you don’t have any emotional connection to the mother and so her death would be meaningless to you outside of the added work it might put on your shoulders since your co-worker is out to attend the funeral.

Now, imagine your own mothers death. Maybe it has already happened or perhaps she is still alive, however I guarantee the feeling that goes through your mind is ten times more intense than the feeling that would go through your mind with your co-workers mother. You know your mom, she was there for a significant portion of your life, she aided you and raised you. Her death is going to take a huge chunk out of your heart and perhaps you will be lost without her for months or possibly years to come.

To bring this to a personal story, my cousins suicide affected me greatly. I had grown up around him and we had been friends throughout our childhood. When he died I had to totally rethink my own life and choices, it changed the way I saw things and over times completely changed my life. What you don’t know of this story is that not long before my own cousins suicide one of my congregants had a grandson that committed suicide. I felt for the person in my congregation, tried to comfort them as best as I could but never really gave the grandson a second thought. That seems cold but I think if you truly think about it you will see that it’s just how we deal with the world around us. Imagine a life where every single death that you heard of affected you to the same degree as the death of an immediate family member, what kind of life would that be? 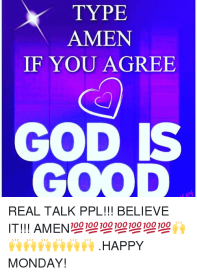 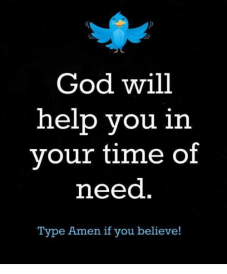 I guess my point is that if you really want to be a better person and you want to change the world then go out and do something. No ones life has ever been changed because you shared a Facebook sob story or meme. You are simply being an annoyance to your friends and family who are smart enough to see through the bullshit that you somehow can’t see through.

If you are old enough you will realize that none of the things that I have spoken of are new. These type of things were shared on e-mail when that was a new technology and before that many of these things were sent around in the form of a chain letter. DON’T BREAK THE CHAIN OR SOMETHING BAD WILL HAPPEN!!!! Seriously, stupid people used to buy stamps and then share these things in the actual mail before digital technology became the norm. How weird is that???